How This Formstack AE Increased Quota Attainment by 25% Using Dooly 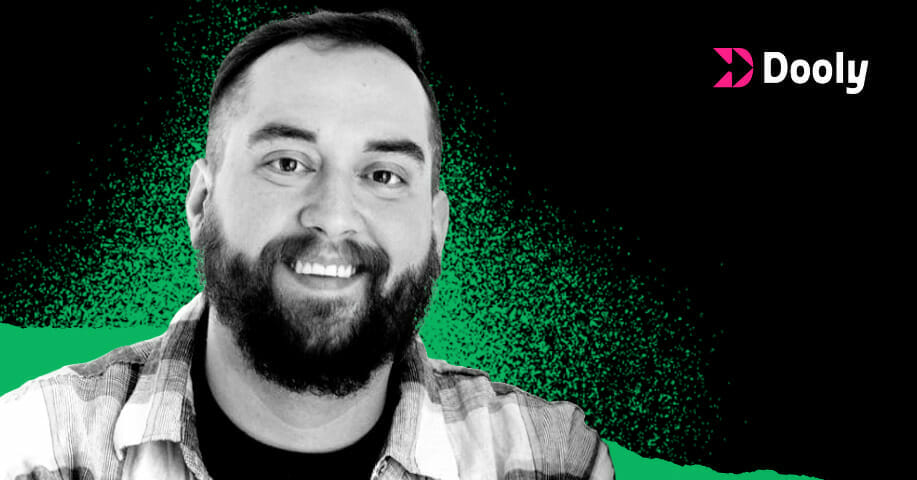 Patrick Amburgey is your quintessential high-performing AE: using Outreach for sequence-building, making up to 70 calls a day, and generally crushing it in the SMB space for Formstack.

But he had a problem. On top of his selling activities, he had to painstakingly enter into Salesforce by hand—something he said wasn’t worth the hassle.

“There was no great way of tracking where each individual deal was because there weren’t views that allowed you to kind of see all the data that you needed and notes that you’d made without going in and creating a report every time,” Patrick says.

Things got to the point where he was only updating Salesforce with pipeline data once or twice a week. “It was so cumbersome that we really didn’t do it a lot,” he says.

Not everything was doom and gloom—the team brought in revenue, after all. But Patrick knew that the lack of data meant some serious opportunities were falling through the cracks. Patrick estimates shoddy admin cost the team between $1,000–$2,000 in MRR each month.

“Reporting was kind of falling by the wayside… there just wasn’t a great way to track everything.”

Eventually, the SMB team shifted gears. Patrick was now working on deals in the more traditional sales cycle—with more touch-points and complexity built in. Fortunately, this time, Patrick was equipped with the right tool for the job.

It didn’t take long for Patrick to get settled in with Dooly—he put together 3-4 templates in the first hour of getting his hands on a license. The templates allowed him to visualize pipeline and client data in a way that just worked. Now, he could pull up a playbook with built-in talking points the minute someone mentioned a competitor.

Patrick says the change created a paradigm shift: being able to “grasp my pipeline and actually control it, as opposed to the other way around where I wasn’t being driven by what was coming in.”

“My manager was going through it with me and I just kept saying ‘holy shit, are you kidding me? Like, we can do this?’” Patrick says. “That was legit my response to that because it was actually working. I was able to update things and see it in real time.”

But the templates didn’t just help Patrick on calls. They also cleaned up his pipeline data, making breezing through meetings with management a feature, not a bug.

“It’s second nature. I don’t even have to think about it,” Patrick says.

Before Dooly, Patrick copied and pasted notes from One Note into Salesforce. According to him, it beat taking sales notes directly in SalesForce—something he says “has always been a nightmare.”

But there was a problem. Patrick has big hands. It’s something he says leads him to fumble around with his mouse, hit refresh, and accidentally delete up to 15-minutes’ worth of notes in the past.

Fortunately, Dooly’s auto-save feature spares Patrick a dive back into his call recordings every time he puts a finger out of line and accidentally refreshes the page.

“Like that’s going to happen. I’m going to accidentally hit refresh. And my notes are all still there and all I have to do is sync them.”

Taking notes in Dooly works so well for Patrick that it’s actually helped him declutter his desk and workspace.

“I was taking notes anywhere externally. I had notebooks…I was actually manually writing stuff down to remember it.”

But Dooly’s helped him upgrade from an analog to digital note-taking experience. (To be clear, notebooks are great. But maybe just not for sales notes.)

“I had to use a sticky note the other day, and realized I didn’t have any on my desk for the first time in two-and-a-half years,” Patrick says. “So now everything’s either in Dooly or Slack for me. Like, it’s changed the way that I’m actually doing work, because it works.”

Patrick never frets about the status of a deal anymore. In Dooly, he’s set up a view that tells him exactly how much progress he’s made.

“I can see everything from the amount, the close date, where it’s forecasted…” he says. “So while I’m talking with somebody and I know that I’ve got a proposal that’s going out for signature and that’s the last step before they actually pay us, I can switch it to that in Dooly, or I can just pull this up and see, you know, ‘Hey, what are my 80% at? What are 70% at? What’s the next step on this?’ So it just gives me that quick overview on where a deal is.”

Remember how easy Dooly made his pipeline review meetings with management?

The same goes for sharing the status of deals. It’s now so easy, he says, it wouldn’t even be necessary for him to give further context—management could pull that same view and walk away with zero questions.

“If you weren’t working that deal, you should have enough information to see what’s happened,” he says.

In Patrick’s case, the results speak for themselves.

With Dooly, Patrick started hitting his quota—and then some—right out of the gate.

Patrick says that features like note-syncing and auto-saving have “relieved stress for me personally.”

“The stress that’s been pulled off of me is damn near priceless,” he says.

But maybe the thing Patrick likes about Dooly the most is the time it saves him.

He used to have an hour blocked off every day to get notetaking and other admin tasks done. Now, he has that time back. He can actually, y’know, end his day.

“Time’s the one thing that we just don’t get more of—it’s finite. I tell this to people all the time. If I could save you an hour in your day, what’s that do? So, I mean, Dooly feels like it’s done that—and maybe more—with some of these processes.”